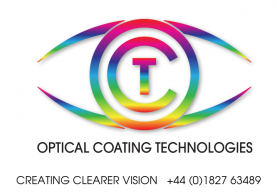 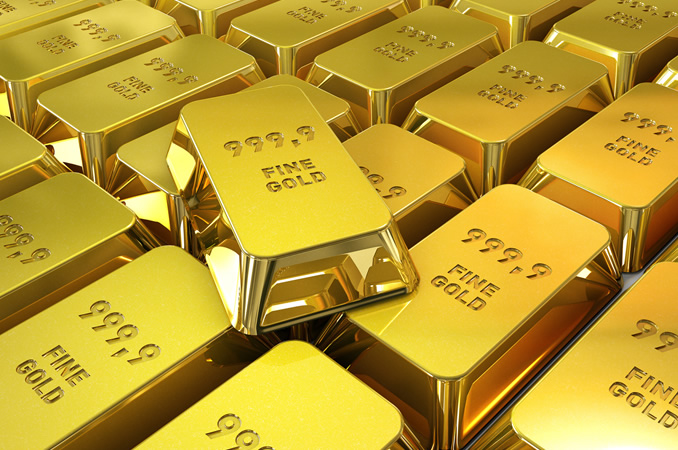 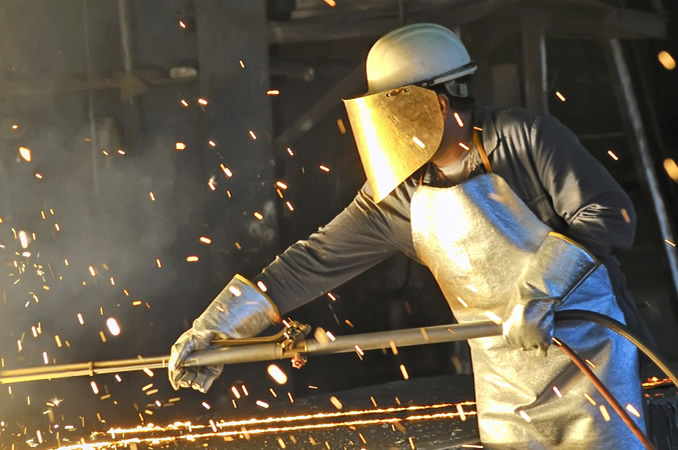 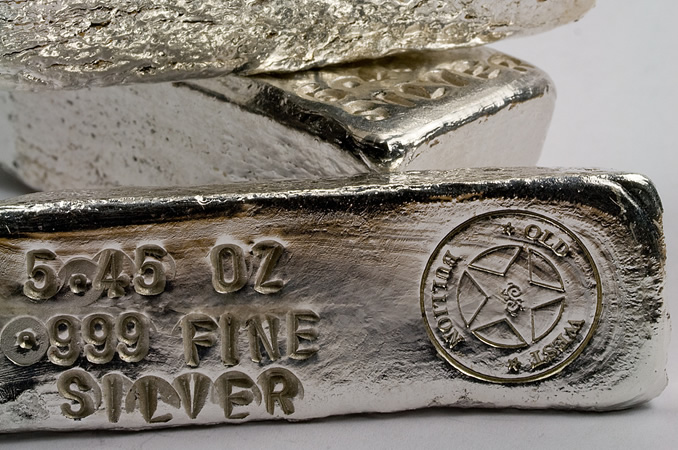 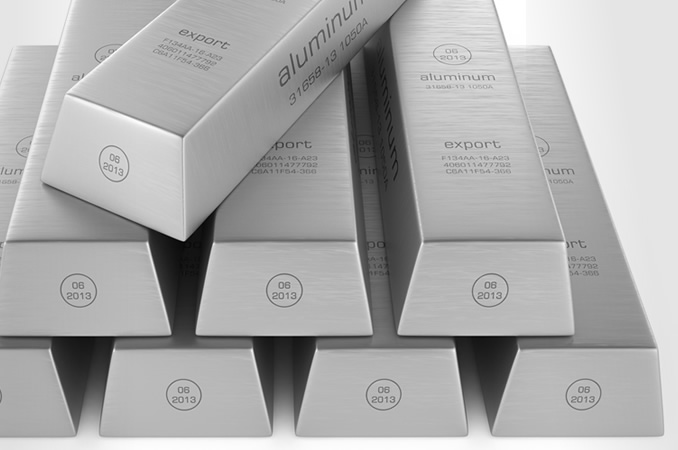 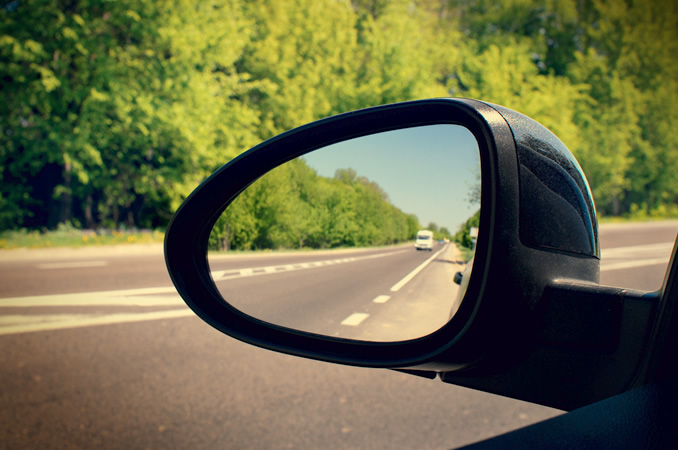 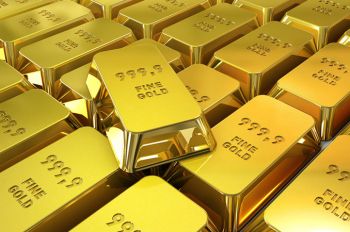 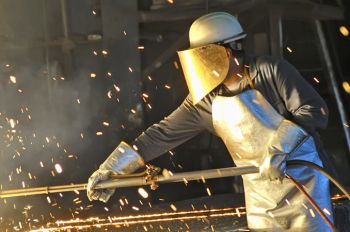 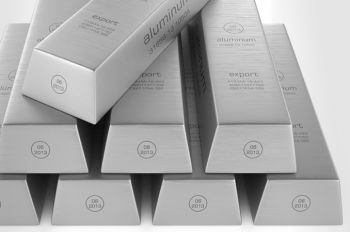 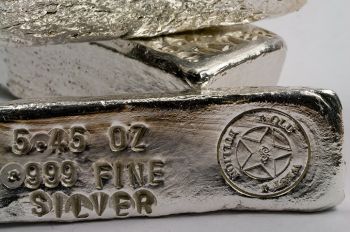 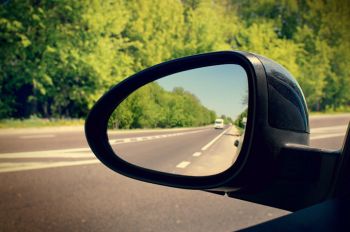 Vacuum Deposition Coatings (of metals such as Gold & Aluminium)

A process where solid metal is evaporated on to the component to be coated. By carrying out this process under vacuum, the evaporation process is not only better controlled but the process temperature is also lowered, allowing plastics to be coated. Used for the coating of mirrors and fireman's visors for example. We are a member of the PVD Group within the worldwide Impreglon Group, along with our sister sites in Rhode Island and Lübeck.

Plastics are coated with thin, flexible coatings of Gold, Silver, Copper or Aluminium. Flat components, such as visors or mirrors, are placed inside the vacuum chamber and rotated whilst the evaporated metal is deposited onto them. Some 3D shapes can be coated. Other metals such as Indium can also be applied.

Deposited to the same Shade Levels we use for tinted triacetate and measured with in situ equipment, the consistency of the deposited layer is exceptionally high. 100% reflectivity can also be achieved if desired. Gold is often used on silicon wafers for its excellent electrical conductivity and Aluminium or Silver for their mirror properties.

The purity of the metals deposited is 99.99% and with a coating thickness in nanometers, the coating is as flexible as the plastic we coat. On the subject of plastics, we can even coat ABS and ABS blends as the process temperature is less than 100oC.

Physical vapour deposition uses mechanical, electromechanical or thermodynamic means to produce a thin film of a solid onto a substrate. An everyday example is the formation of frost. Since most engineering materials are held together by relatively high energies, and chemical reactions are not used to store these energies, commercial physical deposition systems tend to require a low pressure vapour environment to function properly; most can be classified as physical vapour deposition (PVD).

The material to be deposited is placed in an energetic, entropic environment, so that particles of material escape its surface. Facing this source is a cooler surface which draws energy from these particles as they arrive, allowing them to form a solid layer. This layer is deposited atom by atom or molecule by molecule at sub-atmospheric pressure (vacuum) onto a solid surface.The vacuum in the deposition chamber is necessary to allow the particles to travel as freely as possible. Since particles tend to follow a straight path, films deposited by physical means are commonly directional, rather than conformal.

Although the term physical vapour deposition was first coined in the 1960's, Michael Faraday was effectively using PVD to deposit coatings as far back as 1838.

• PVD coatings are sometimes harder and more corrosion resistant than coatings applied by the electroplating process.

• Most coatings have high temperature and good impact strength. With an additional clear abrasion resistant top coat, excellent abrasion resistance is also achieved.
• Ability to utilize virtually any type of inorganic coating material on an equally diverse group of substrates and surfaces using a wide variety of finishes.
• More environmentally friendly than traditional coating processes such as electroplating and painting.

• Specific technologies can impose constraints; for example, line-of-sight transfer is typical of most PVD coating techniques, however there are methods that allow full coverage of complex geometries.

PVD coatings are generally used to improve electrical conductivity, optical performance and oxidation resistance. Thus such coatings are used in a wide range of applications such as:

To find out which is the best solution for your vacuum deposition needs, call Optical Coating Technologies on 01827 63489 or email us on info@optical-coatings.com.

Gold is a chemical element with the symbol Au and atomic number 79. It is a dense, soft, malleable and ductile metal with an attractive, bright yellow colour and lustre that is maintained without tarnishing in air or water. It is one of the least reactive chemical elements and is solid under standard conditions.
Gold is a good reflector of electromagnetic radiation such as infrared and visible light as well as radio waves. It is used for the protective coatings on many artificial satellites, in infrared protective faceplates in thermal protection suits and astronauts' helmets and in electronic warfare planes like the EA-6B Prowler.

Silver is a very ductile, malleable (slightly harder than gold) metal with a brilliant white metallic lustre that can take a high degree of polish. It has the highest electrical conductivity of all metals, even higher than copper. Silver metal is used industrially in electrical contacts and conductors, in mirrors and in catalysis of chemical reactions.
Among metals, pure silver has the highest thermal conductivity and one of the highest optical reflectivities (aluminium slightly outdoes silver in parts of the visible spectrum and silver is a poor reflector of ultraviolet). Silver also has the lowest contact resistance of any metal and is stable in pure air and water
Mirrors which need superior reflectivity for visible light are commonly made with silver as the reflecting material though common mirrors are backed with aluminium.

Aluminium is a chemical element with the symbol Al and atomic number 13. It is a relatively soft, durable, lightweight, ductile and malleable metal with appearance ranging from silvery to dull gray, depending on the surface roughness. Aluminium is the third most abundant element (after oxygen and silicon) and the most abundant metal in the Earth's crust.

Copper is a chemical element with the symbol Cu and atomic number 29. It is a ductile metal with very high thermal and electrical conductivity. Pure copper is soft and malleable; a freshly exposed surface has a reddish-orange colour. It is used as a conductor of heat and electricity and as a building material,

Despite competition from other materials, copper remains the preferred electrical conductor in nearly all categories of electrical wiring with the major exception being overhead electric power transmission where aluminium is often preferred.
Copper is biostatic, meaning bacteria will not grow on it.

Indium is a chemical element with symbol In and atomic number 49. It is a post-transition metallic element that is rare in the Earth's crust. It was identified and named In 1863 by the German chemists Ferdinand Reich and Hieronymous Theodor Richter.The metal is very soft, malleable and easily fusible. Silvery-white, with a bright luster, it is so soft (Mohs hardness 1.2) that the metal can be cut with a knife. Indium does not react with water, has 39 known isotopes and is not known to have any metabolic role in any organism.

To find out which is the best solution for your deposition coating needs, call Optical Coating Technologies on 01827 63489 or email us on info@optical-coatings.com.